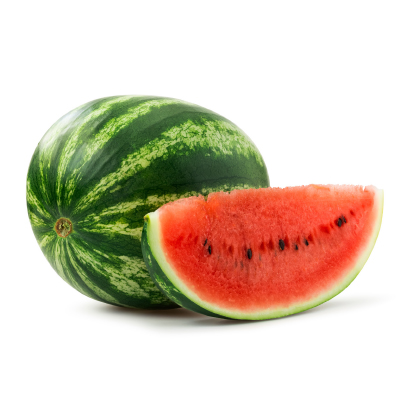 Watermelon is thought to have originated in the Kalahari Desert of Africa. The first recorded watermelon harvest occurred nearly 5 000 years ago in Egypt and is depicted in Egyptian hieroglyphics on walls of their ancient buildings.

Once again, the fruit vs. vegetable argument comes in to play when talking about watermelon. According to botanists, watermelon is a fruit because it develops from the plant’s ovary after flowering and it holds the seeds. However, in Oklahoma, a watermelon is referred to as a vegetable. The state even declared the watermelon its official vegetable in 2007.