Fresh produce trade in Africa continues to be a market leader

Guest speaker at the 2018 Produce Marketing Association’s (PMA’s), Fresh Connections: Southern Africa Conference and Trade Show, Coillard Hamusimbi of the Indaba Agricultural Policy Research Institute (IAPRI) in Zambia continued his presentation on fresh produce trade in Africa by noting how: “African agriculture has greater opportunities than ever before. I do not recall a time when agriculture had such a centre position in terms of wanting to drive this continent to the next level economically, socially and otherwise. More so for fresh produce. Fresh produce will continue to lead the markets.”

At the conference, which was held earlier in August at the CSIR International Convention Centre in Pretoria, guest speakers shared their perspectives on the latest developments in the trade and investment environment for fresh produce in Africa.

Despite available land and an abundance of water resources, the great paradox is that Africa cannot feed itself. The continent relies heavily on food imports – most of the countries in Africa is a nett importer of food – as well as food aid. Against this background, there are pressure on currencies and rapid urbanisation is a critical challenge for most countries.

What is shaping and driving growth for the fresh produce trade in Africa?

Speakers at the conference highlighted some major factors shaping and driving growth in Africa. Before taking a more in-depth look at these drivers and shapers of growth, it is important to understand the current baseline of agriculture and trends in fresh produce consumption in Africa.

In addition, the potential supply response poses a significant platform to unlock the potential for inter-continental and specifically regional and cross-border trade. The development of fresh fruit and vegetable markets in Africa is regarded as a key economic driver to stimulate growth and feed an ever-increasing modernised population.

Agriculture is a key driver

Agriculture remains a key driver of economic growth and poverty reduction in Africa. The continent’s growth rate is above average and from an economic employment perspective agriculture is the biggest employer. This industry employs some 70% of the workforce and most countries generate, on average, 30% of Africa’s Gross Domestic Product (GDP) which is quite significant.

Rich in oil and natural resources, Africa is the world’s fastest-growing region for foreign direct investment. On the agriculture front, Africa is endowed with a large land resource and, as a continent, Africa has the largest surface area of uncultivated land and agricultural land, in general, is cheap. The challenge today lies in unlocking the potential of agriculture in Africa, especially on a commercial level.

Cheyo Mwenechanya of FNB Zambia said it is estimated that around 80% of land in Africa is communal land. Small-scale family farming still dominates the landscape with an estimated 33 million farms that are less than two hectares in size. There is still a lack of registered title deeds for land, although governments all over Africa are increasingly considering options in this regard.

Although Africa is the second driest continent in the world, it has abundant water resources including large rivers like the Congo, Nile, Zambezi, Niger and Lake Victoria. It is estimated that around 75% of sub-Saharan Africa falls within 53 international river basin catchments that traverse multiple borders. Despite this, irrigation in Africa is underdeveloped. Only 6% of Africa is under irrigation compared to Asia’s 40%.

According to the latest population growth rates, East Africa (38%) is at the top of the list, followed by West (23%), Central (18%), North (12%) and Southern Africa (9%). Urbanisation growth rates are the highest in Nigeria, Ethiopia and Egypt.

Mwenechanya explained the impact of urbanisation on cities in Africa. “In most African cities land is running out. Across Zambia land surrounding cities are converted into residential land, which means there is no fresher produce to feed the city. The lack of availability of fresh produce gave new impetus to the development of several retail grocery stores and supermarkets. Fresh produce will drive market development and investment in African cities.”

With more than 60% of Africa’s 1,291 billion people still living in rural areas, there is a market to exploit. Fresh fruit and vegetable consumption are fast rising, especially in urban centres due to rapid urbanisation and an increase in healthier or contemporary eating habits. Current statistics indicate that Africa is spending $35bn on food imports. Furthermore, expenditure on food accounts for two-thirds of most Africans’ budgets.

Although consumer purchasing power is still relatively low, there is a young population looking for jobs and opportunities and things to buy to actualise themselves. According to Mwenechanya, Africa’s young generation and the demand for modern or alternative eating habits will increasingly drive consumer markets.

Mwenechanya continued on to say that Africa should not be ignored as a dynamic player in the food, and in particular, the fresh produce market sector. “The middle class is a rapidly growing sector in Africa and, along with the growth and reach of the smartphone industry and Internet-like services they are catching up to the rest of the world very quickly. The number of people owning cellphones are growing rapidly. Thirteen million Zambians are owning cellphones in a population of sixteen million in Zambia. Of the 13 million, approximately four million people already own smartphones.”

Changing consumer tastes and behaviour are driving growth in the fresh produce industry. “The middle class eat food with their eyes and with emotion (feelings). Because of this, they are changing their tastes and preference for food items. Access to information changes how they look at things, including food. A good lifestyle is becoming more important and they are changing food buying patterns to make provision for a healthier and/or trendy approach. They catch up very quickly,” explained Mwenechanya.

In Zambia, traditional nshima (better known in South Africa as pap/porridge or cooked maize meal) is being replaced or supplemented by the younger generation for modern food alternatives such as fresh fruit. Interest in fresh produce is growing across the region and there is a huge campaign for locally grown food.

In this sense, fresh produce trade in Africa boasts greater opportunities than ever before, but challenges such as workforce productivity and efficiency, high operational costs, access and affordability of credit legislation and property rights, lack of infrastructure and data systems or management information systems are also impacting on growth prospects. 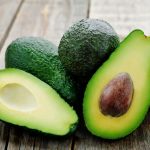 The U.S. Would Run Out of Avocados in Three Weeks If the Mexico Border Completely ClosesIndustry News 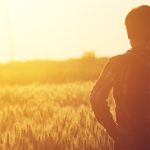